Rushen Abbey located in the Isle of Man has recently had a facelift, with the newly refurbished experience 'Monkey Business' exclusively appealing to children. We created two interactives dubbed 'Whack-A-Fruit' a reaction game and 'Jammy Faces' a touch screen memory game. The new additions introduced a fun hands on approach to learning, engaging children in the history of Rushen Abbey.

In the 'Jammy Faces' interactive, the player's objective is to match as many of the nine faces as possible within the allotted time limit, testing their ability to memorise positions of faces and roles. At the end of the game the player's score is shown, if they complete the entire deck of characters before the time is up they are shown their completed time record. Each new game shuffles the deck and randomises the positions of faces so the gameplay is always fresh and challenging.

The second interactive coined 'Whack-A-Fruit' allows up to two player's to put their reaction speed skills to the test. Points are scored by hitting the highlighted buttons before they change position. When the timer reaches zero the player's are shown their final score. It quickly became evident that player's wanted to play repeatedly in an attempt to improve their score, confirming the interactive as an alluring and fun activity. 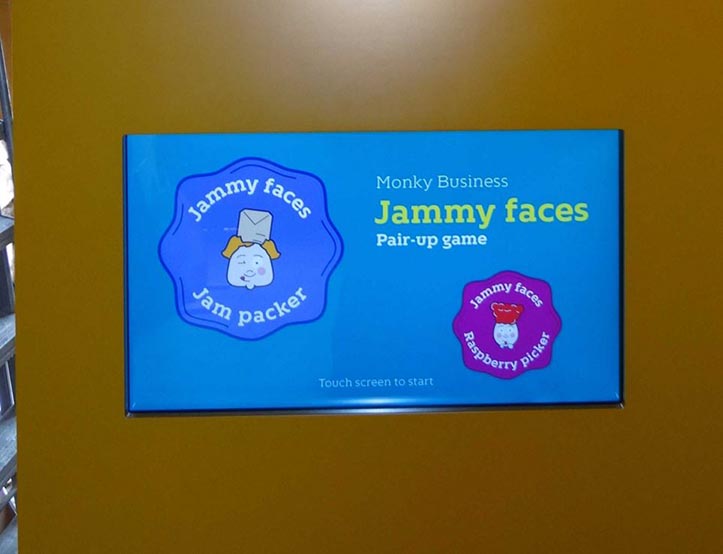 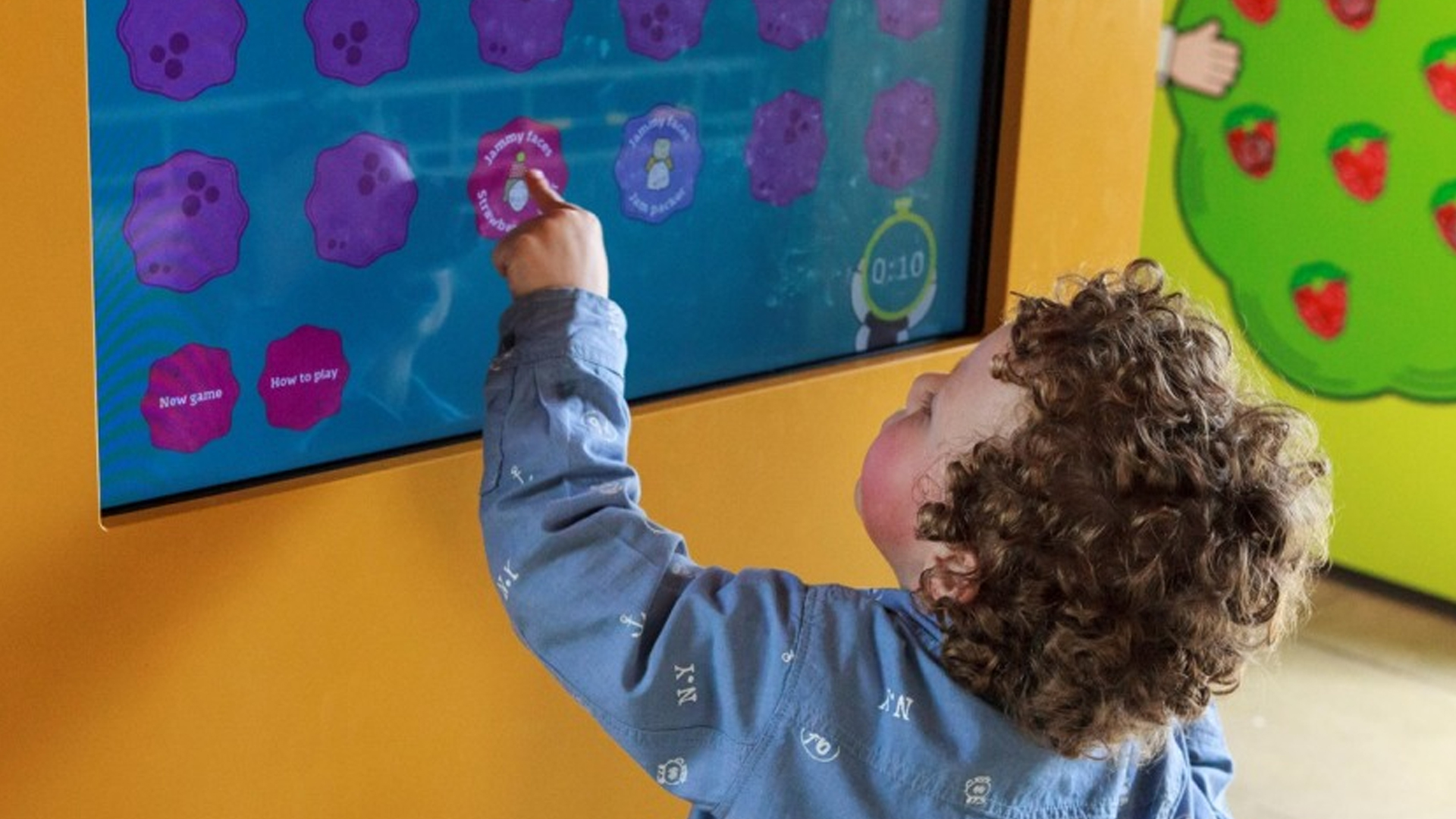 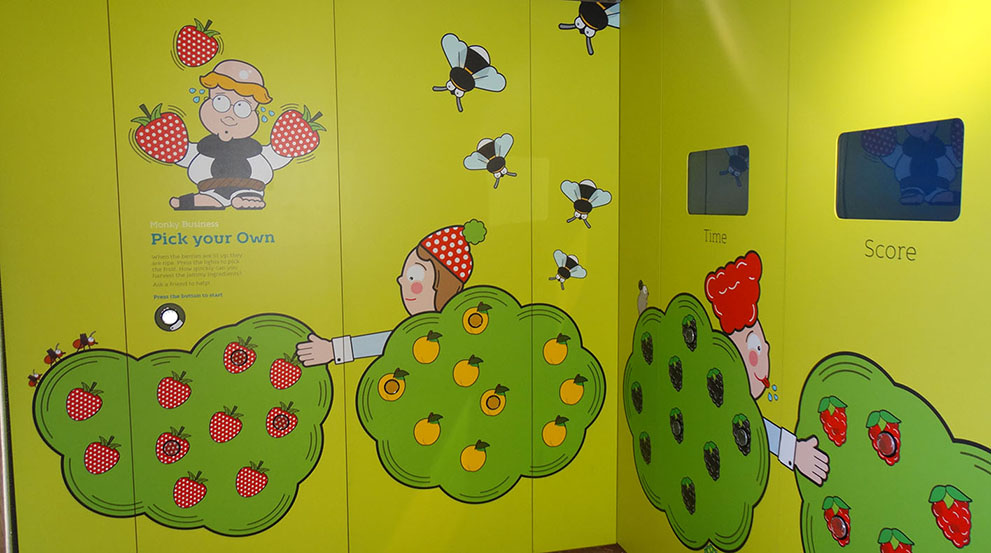 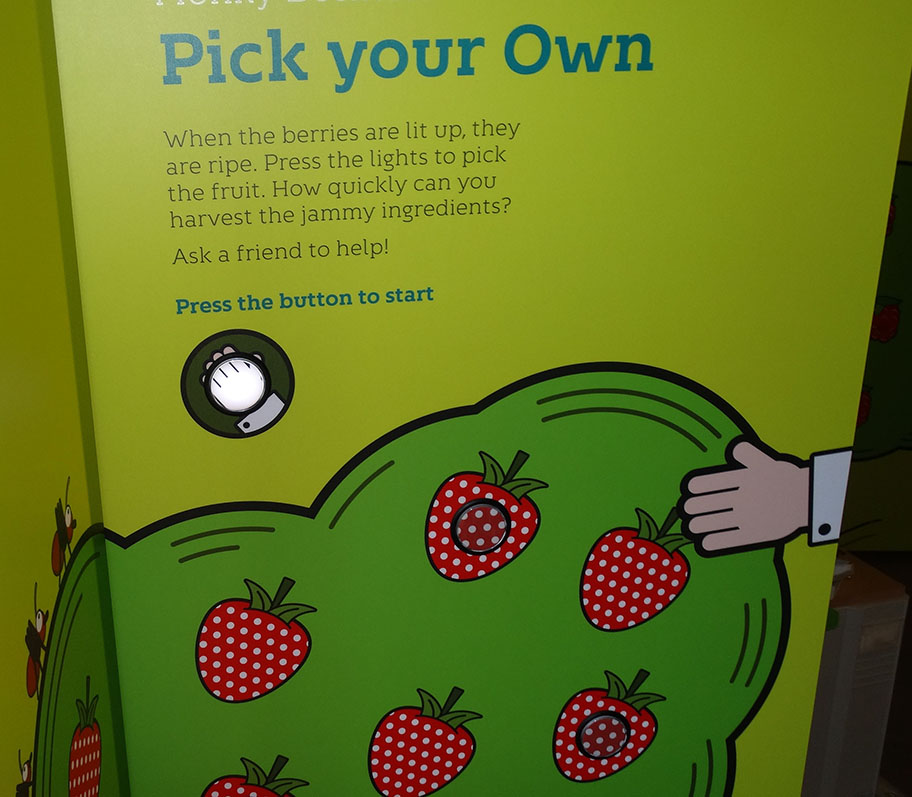 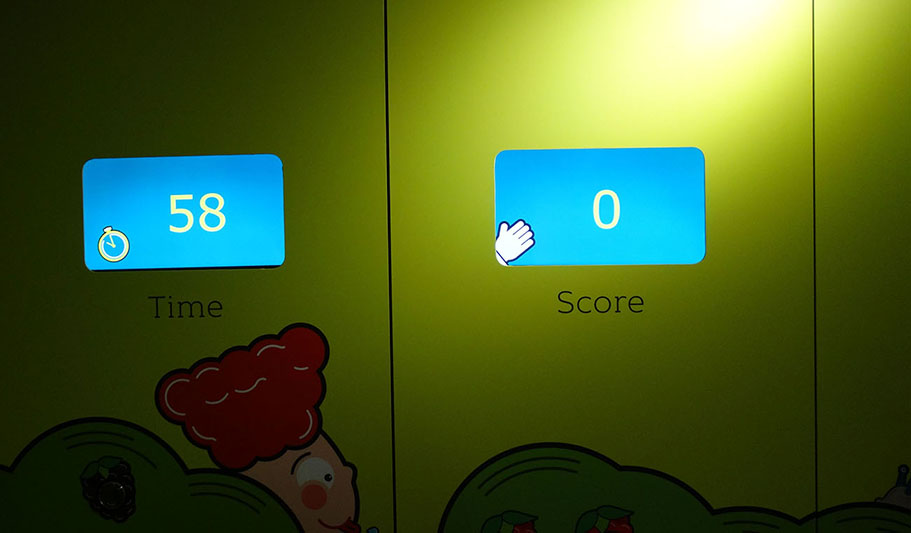 Back To Education & Early Learning Exhibits